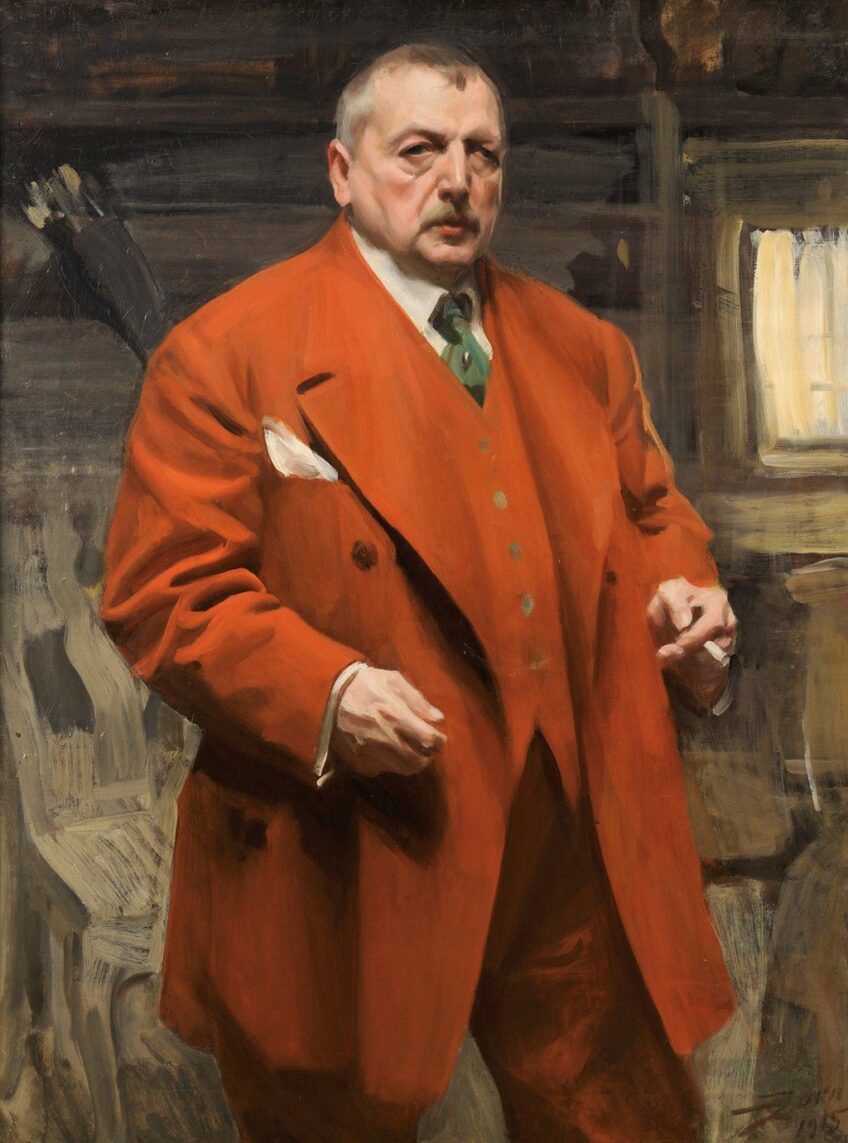 Anders Leonard Zorn (1860-1920) is known as Sweden’s foremost portrait painter but decidedly he was not known for his humility. Once a fellow traveler asked Zorn, “Are you Swedish?” to which he replied, “No! I am Zorn!”  Was this self-confidence reflecting that he was an international figure? Or perhaps it was overcompensation for his meager beginnings.

Born February 18, 1860, on a farm near Mora, Sweden, his parents were never married; Anders knew of, but never met his father. Anders was raised by his grandparents, visiting his mother whenever he could, but his roots never left him. Many of his later subjects are from the peasant life in the countryside, even after he was mingling comfortably with wealth and royalty.

Zorn’s talent was evident early on. While at the Sloyd School his early graphite drawings were sent to the Swedish Royal Academy, and he was admitted in 1875, at the youthful age of 15.

At the Royal Academy

At the Academy, he turned to watercolors as his primary focus after attending an exhibit by Egron Lundgren, a very prominent Swedish watercolorist. Zorn later said, “Without Egron Lundgren I should never have become an artist!”

In 1879, Zorn met portrait painter Georg von Rosen. The next year, Zorn produced the sensitive watercolor portrait titled, “In Mourning,” and placed it in a student exhibition. The acclaim for this painting helped launch his career.

Because he was only interested in his art, he devoted no time to other subjects, causing him to be forced to leave the Academy for academic reasons in 1880.  However, the response to, “In Mourning,” had already propelled him into his art career.

Zorn immediately began an international tour of London, Paris, Spain, and Tangier, culminating in an exhibition in Cadiz, with subsequent return to London, prepared to begin his career.

Gambling on renting an elegant studio in a prominent part of London, he immediately began accepting lucrative commissions. By 1881, he was established well enough to return to Sweden to marry Miss Emma Lamm, the daughter of a wealthy merchant, to whom he had been secretly engaged. They were married on October 16, 1881.
Even as a master at watercolor painting, he found himself increasingly hampered by its limitations and took up oil painting in early 1887, emerging as a master of that medium in the winter of 1887-1888, with paintings such as “The Fish Market,” “Une Première,” and “Fisherman, St Ives.”

A self-portrait in 1896 shows the limited palette of colors he used, revealing the modern equivalents: cadmium red, yellow ocher, ivory black and titanium white – his core palette which has become known as the “Zorn Palette.”

Zorn was not the first to use this palette and did not use it exclusively, adding other colors as needed, but it suited his subject matter. It is an ideal palette for painting flesh tones mostly in indoor settings. There is an earlier, similar palette, “The Apelles Palette,” recorded by Pliny the Elder.

Michael Lynn Adams has produced the following chart of the gamut of colors achieved by the Zorn Palette. See the references for more details. 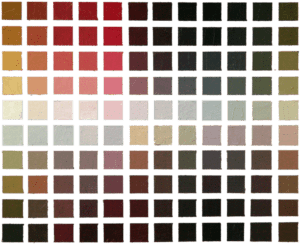 Zorn’s early watercolor portraits show that he was using the Zorn Palette early in his career even though more pigments were available. This simple palette aided him in achieving the color harmony seen in his paintings.

Zorn was a master of watercolor and oil painting but was also highly skilled at sculpture and etchings.  The biography, Anders Zorn – His Life and Works, contains a list of 289 of his etchings. His best-known sculptures are, “The Morning Bath,” 1908, and, “Fawn and Nymph,” 1896.

In 1896, Zorn returned home to Mora, his base of operations. He was well established, had acquired great wealth, and having received many honors, had all the commissions he could ever need. Additionally, at this point, he could paint whomever he chose. Zorn left an extensive estate of collected works, as well as many of his own paintings.

An interesting incident occurred during this final period that illustrates his ego. In 1900, he was appointed Commissioner for the Swedish camp at the World’s Fair in Paris. As Commissioner, he could not compete for medals in the competition, but was allowed to exhibit his own paintings, which he displayed in the most desirable locations. Just before jurying of the paintings, he resigned his position as Commissioner due to a sudden illness, even putting himself in a wheelchair, which made him eligible for the jurying, and the jury awarded him the gold medal for oil painting!

The next day, he was walking without the aid of a wheelchair with no problems.

By 1920, Zorn’s health was fading rapidly. He had achieved enormous success and great wealth, but he recognized that, “time was closing in on him.”  In early August, during a two-week vacation to Stockholm, he had to return to Mora after only two days away. On August 22, 1920, he died at his home in Mora, leaving behind an estate that in today’s equivalent would be valued at more than six million dollars. His left his estate to the Swedish state which established the Zorn Museum.

Anders Zorn was a complex man seemingly larger-than-life who never forgot his simple beginnings, but who was also obsessed with the recognition of success. One wonders if his thirst for recognition in his mind compensated for his humble background.

The following are resources on the life and works of Anders Zorn: