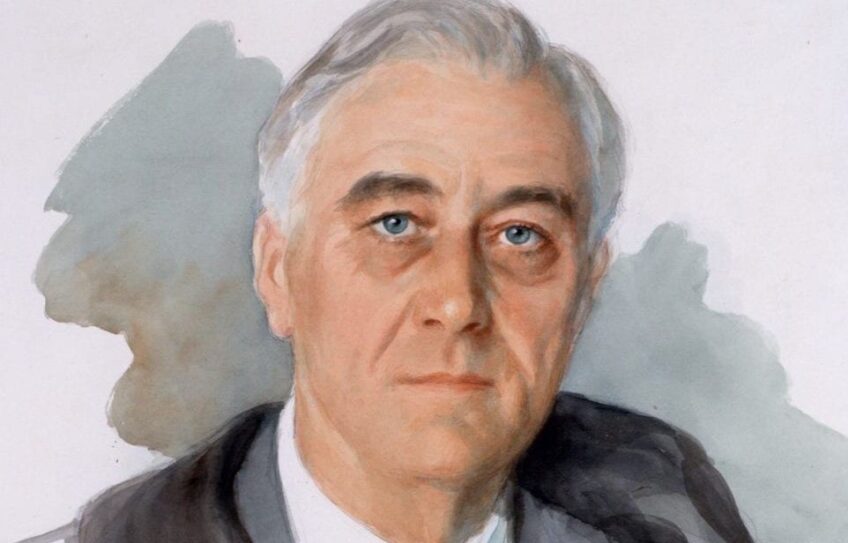 Many artists seek fame and publicity, but Shoumatoff shunned any form of publicity preferring instead to obtain commissions through word of mouth. She never had an agent or gallery, and never held any exhibitions or did any advertising. Satisfied clients were her only means of marketing. The attention she garnered from the story of the Unfinished Portrait was both unsought and unwelcome. Even so, Shoumatoff was among the most successful and productive artists of her time having painted over 2000 portraits.

Born in Kharkov, Russia in 1888 to General Nicholas Avinoff and his wife, she had a comfortable childhood living in a large, stately country home in the Ukraine. During the cold winters, the family lived in Saint Petersburg. She was taught to speak English and to paint in watercolors by her governess and was quite proficient in both, even as a child. Her first portrait, painted before she was nine years old, was of a Chinese doll.

Even though her ability with watercolors resulted in a very good likeness, Shoumatoff believed that a good portrait artist must paint in oils. After all, almost all of the portraits she saw were done in oils. So at the age of 14, she started taking private lessons. After she’d been working in oils for several years, she did a life-sized portrait of an acquaintance that she considered rather magnificent—until it was seen by a certain Mr. Khanenko, a famous Russian art connoisseur and collector. He looked at it, and then at a watercolor portrait of her mother and advised “You stick to your watercolors, that is your medium.” Afterward, all of her portraits, including those of Roosevelt, were painted in watercolor.

Shortly after her marriage to Leo Shoumatoff, her world was shattered when she was torn from her beloved homeland. Those familiar with Russian history will recall that in February 1917, Tsar Nicholas abdicated the throne and a provisional government headed by Alexander Kerensky was formed. World War I was ongoing and suppliers for the war effort were still needed, so Elizabeth’s husband was sent to the United States by the provisional government to procure the necessary provisions. Then, in October 1917, Lenin overthrew the provisional government in a military coup, and the young family had to stay in America.

In America, Elizabeth was befriended by artist George Inness Jr, who introduced her to Frank Seaman, who owned a large estate named Yama Farms in Napanoch, New York. It turned out that Yama Farms was a gathering place for the rich and famous and became a valuable source of portraiture clients for the artist—a métier she actively engaged in after the death of her husband in a swimming accident in 1928.

Her familiarity with the English language and her family history, along with the quality of her work, made her extremely popular among the socialites and government officials in American society as well as among business leaders. She traveled extensively and typically stayed in her subject’s homes while painting their portraits. While she accepted commissions from all over the United States, she relied on references from previous clients to decide which ones she would accept. Typically portrait artists paint in oils, and this made her watercolor portraits even more desirable and unique.

Shoumatoff actually painted more than one portrait of Roosevelt, all of which were arranged by his mistress, Lucy Rutherford. The first Roosevelt portrait arranged by Rutherford was a small 12” by 10” painted at Hyde Park home of FDR. Shoumatoff never required a formal sitting, preferring instead to have her subjects go about their normal activities and carry on conversations with her so that they would feel more relaxed. Her portraits of Roosevelt followed this pattern.

In the spring of 1945, Rutherford asked her to paint a life-size portrait of Roosevelt at the Little White House in Warm Springs, Georgia, where he often went for treatment of his paralysis from polio. Roosevelt was obviously in poor health by this time so that there was an urgency in Rutherford’s voice when she made the request. The portrait sittings took place over three days and Shoumatoff’s description of the events of those three days not only reveals her portrait painting process, it corrects discrepancies found in other accounts of Roosevelt’s death. For this commission, Elizabeth hired a photographer, Nicholas Robbins, to make a series of reference photographs to be used to assist in the completion of the portrait. The photos taken during these sittings are the last photographs made of FDR.

On day one of the sitting, Shoumatoff made three preparatory sketches* as they chatted while Roosevelt worked. It was a relaxed atmosphere filled with interesting anecdotes about various world leaders. It would have been fascinating to sit in on that session.

Day two began at 12:00 noon and the photographer began snapping his last photos. After her initial sketches, Elizabeth decided on the final pose and began to block in a life-sized seated view of the President. The second session ended at 4:00 pm. 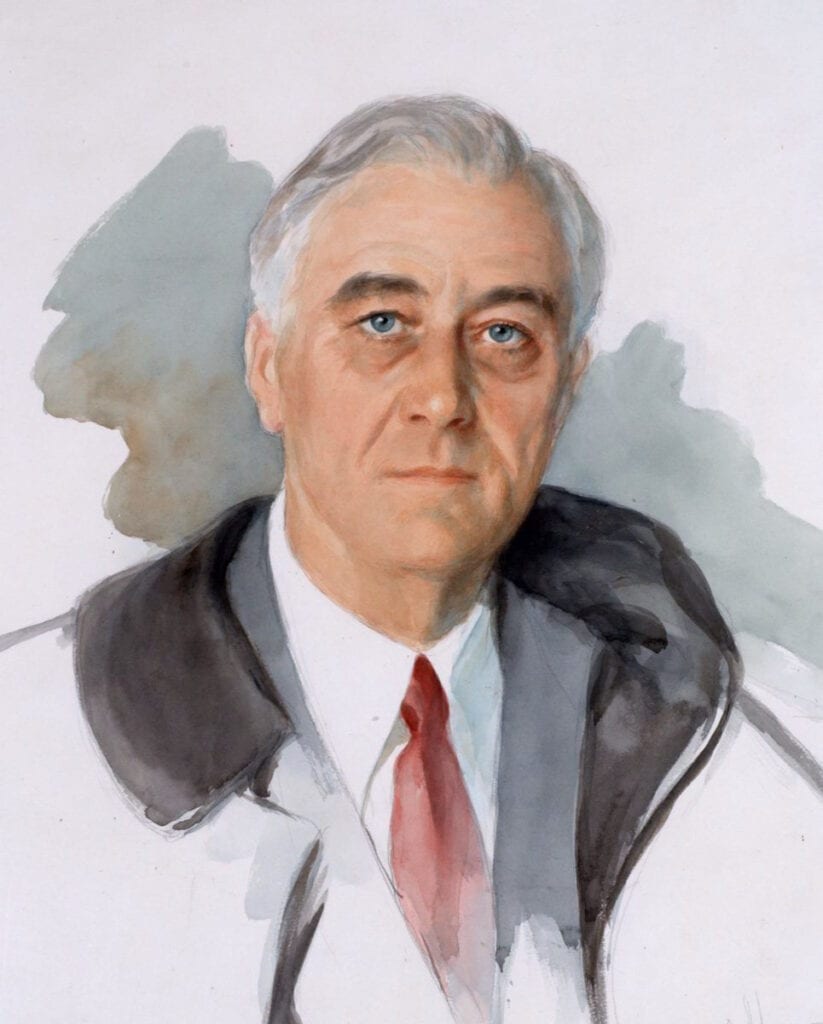 On the third day, April 12, 1945, Elizabeth reported that she was in no mood to paint, but had to paint anyway. She described the President that day as having exceptionally good color and he was in a very good mood. Earlier his complexion had been quite gray. His schedule was very full that day and he did not have a lot of time for the portrait so when Elizabeth began, she worked with speed in applying the first coat of color, beginning with the eyes.

Finally, Roosevelt said, “We have 15 minutes more to work,” which according to Elizabeth were his last words. A little while later, Elizabeth recounted, “Suddenly he raised his right hand and passed it over his forehead several times in a strange jerky way, without emitting a sound, his head bending slightly forward.” Then he collapsed. He died about three hours later from a massive cerebral hemorrhage.

She describes the next few weeks as a real nightmare, and the attention must have been particularly difficult for someone as publicity shy as Shoumatoff. She later refused to profit financially from her ordeal and donated the Unfinished Portrait to the Little White House Foundation where it still resides. She later painted a completed copy of the portrait from memory, which is also at the Little White House, although the unfinished portrait is much more poignant.

Even though she never sought fame, Madame Elizabeth Shoumatoff was an accomplished artist who found fame thrust upon her by the strange circumstances of history.

* The originals of these three sketches are currently available for sale at Heritage Auctions for an offer pf $62,140 or more. Click Here.

The Elizabeth Shoumatoff Papers at the Smithsonian Archives of American Art. Click Here.